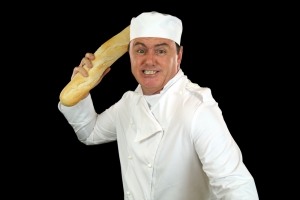 Bashing sugar, bashing carbs, bashing grains…bashing each other. How is all this in-fighting actually helping anyone?

In-fighting within the ‘nutrition, diet and health’ industry, it seems, is a problem escalating even more rapidly that the much-talked-about obesity epidemic.

My kind friend alerted me to this piece in the news this week, titled ‘Bad fad – Ruby Tandoh on how clean eating turned toxic’ This follows on from a BBC Horizon episode that screened last week, which attacked the trend for ‘clean eating’ and looked at a number of cook books that promote ‘clean eating’ as a diet trend. To be honest I don’t watch TV, I have not watched the show, and a number of trusted friends who watched it have assured me I didn’t miss much! So, I will save my hour for watching something better, like Joel Salatin on farming, or Rhonda Patrick and Bruce Ames discussing micronutrients, or I’ll grab myself some motivation and exercise tips from Erin Stern working a Tabata circuit.

I agree with about half of the article, maybe more, in fact I agree with most of it, the facts and figures and statements about health, food and nutrition, yes I pretty much agree with all of that…but I strongly disagree with the angry, finger pointing, judgemental, aggressive tone of the writing.

Let’s see now, we have a skinny, young, privileged female, who has recovered from an eating disorder, and who blogs to share recipes and sells cookery books, and here she is basically slagging off all the other skinny, young, privileged female food bloggers and cookery book sellers, suggesting that their work promotes eating disorders. Ummm, writers bias anyone? (Oh, or maybe now I am showing the same bias because she attacks the notion of ‘clean eating’ and you could say Mother Nature’s Diet is a ‘clean eating plan’, as I propose no grain, no sugar and no processed foods…oh the dilemma!!)

She slags off ‘no grain’ as a fad – nothing to do with the fact that she is a baker by trade and sells a cookbook about baking, which seems to be her best selling book. She notes in her article “It is no coincidence that the faces of wellness are unfailingly young and thin, overwhelmingly white and all the talk of purity against that backdrop of privilege leaves a rather unsavoury taste in the mouth.” while Ms Tandoh appears to be of mixed race origin. So why even mention ‘white’, what has race or country of origin got to do with selling cookbooks and whether or not Ella Mills and others are promoting a healthy message or not? Maybe this was the only way Ms Tandoh could differentiate herself from the other young, female, thin, privileged bloggers and cookbook sellers? Ms Tandoh appears in every other way, to be a part of the group she is attacking.

It seems to me that she makes a living by airing her outspoken views in any newspaper she can, bad mouthing almost everyone else! In this piece she notes that “Obviously you can’t eat (a McDonald’s cheeseburger) every day, but it’d be a miserable life if we always denied ourselves.” – gosh, I’m sorry Ms Tandoh but I’ve not had one single McDonald’s in the last decade and I am a happy little chappy and I am not miserable and I like my life! So, that blows your theory then!

In the same article, she says “Half a courgette instead of a plate of pasta – where’s the energy in that?” I mean, seriously, in 50 years from 1965 to 2015 obesity in the UK went from 1.5% to a THIRD of the population and it’s still rising fast. I don’t think the majority of British adults are having any problem getting ‘enough energy’ [calories] into their diet. And if you think rising obesity is a worry, the type-2 diabetes epidemic is growing twice as fast! So it seems that more people perhaps should swap their pasta for courgettes, as most folks are eating too many carbohydrates as it is.

Pah, young Ms Tandoh, with all her 24 years of worldly life experience, is entirely a part of the problem that her Guardian column so broadly puts down!

Anyway, here’s the point – clearly, ‘clean eating’ is the latest thing to come under attack and 2017 has started off on the warpath to demolish that particular fad diet trend before it barely gets off the ground. I say ‘whatever’ – committing to a lifetime of healthy eating, healthy varied exercise and healthy lifestyle habits is about simple common sense, not the latest fad, whatever name they have for it.

But what makes me sad and a little annoyed, is that the world of nutrition, diet and weight loss is becoming more of a battleground than a public service. We have doctors who are actually helping patients, being taken to court for it, and this has been going on for the last decade, whenever anyone dares to speak up against ‘the party line’ advice to eat a diet high in starchy carbs and sugars. Meanwhile, quacks and snakeoil salesmen seem to become millionaires!

With all this fighting and backstabbing, in-fighting and public disagreement, the general public just get more confused than ever, and while those of us proposing a reduction of sugar and carbs in general seem to be lost in-fighting with the rest of the ‘wellness industry’ we will never get the attention of governments to actually change policies.

You know what I think – just stick with Mother Nature’s Diet all the way!