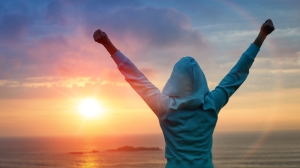 Second day on the trot that our boiler has broken down, second gas engineer on site, all fixed now.

Had a conversation about carbon monoxide alarms. The gas engineer was explaining that in a house in the next town along from me, they have this awful boiler where the flu runs right through the loft, and the pipes have high potential for sagging over time. Two years ago he pushed the people hard to spend out and buy four carbon monoxide alarms (they cost £30 each)…he installed one on the boiler, one in the loft, and one each in the two bedrooms below the run of the flu pipes.

A year later, one alarm was going crazy, he went in and found the flu pipes were leaking and the loft was full of carbon monoxide – invisible, odourless, a silent killer. If they hadn’t spent £120 quid on alarms, the first warning might have been a dead child in her bed at night.

As we continue to build a safer world, alarms, warnings, safety measures and precautions save far more lives than the fire fighters, gas engineers and maybe even ambulance crews who attend emergencies.

Yet as a society, we’re not taking this same approach to our health. The NHS allocates around 2% of it’s annual budget to “prevention and detection” and most of that is for early detection – things like breast cancer screening, well-man and well-woman clinics looking for signs of diabetes or heart disease, and so on. The rest goes on smoking cessation and then a small amount, only around 0.12% of total NHS annual budget is spent on promoting healthy lifestyle – 5-a-day, Drink Aware, and so on.

Given that the NHS experts acknowledge that “Making lifestyle changes is the most effective way to prevent having a heart attack” and given that the NHS say heart disease and stroke is costing us over £30 billion per year and 16 million working days lost every year across the nation, wouldn’t it make more sense for us to massively increase ‘health promotion’ and encourage people not to develop heart disease in the first place?

What saves more lives – a healthy lifestyle, or heart surgeons?

Prevention is better than cure.

I know which is cheaper.