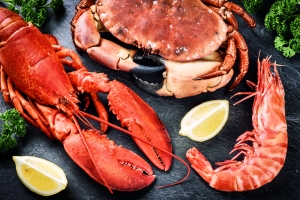 We all know what those sugar cravings feel like, when you just can’t think straight for lusting after something sweet-tasting.

It would be easy to say that sugar cravings are just greediness, and no doubt in some people maybe that might be true, but likely not in most.

Personally, I think it’s more about habit, than greed, for most people. I also think it’s boredom or apathy for a lot of people. We know we shouldn’t, we know intellectually that those sugary foods are fattening, we know in our head that ‘a moment on the lips, means a lifetime on the hips’ but still, that desire for something sweet isn’t an intellectual decision, we’re not weighing up the scientific research papers on carbohydrate consumption and obesity, it’s not a decision we make in our head, is it, it’s a decision from the heart, it’s emotional, not intellectual.

When we consume refined sugar, in order for our body to metabolise the sugar we need to use small amounts of several nutrients, such as vitamin B1, B3, and C, and also small amounts of the minerals calcium, potassium, magnesium, sodium, chromium and zinc. if we eat a diet high in sugar, refined carbohydrates and processed foods, but low in highly-nutritious fresh whole foods, then over time we will be slowly depleting our body’s reserves of these nutrients.

The amounts used are very small, and most people consume enough fresh whole foods to replenish the B1, B3, vitamin C, calcium and sodium. For most of these nutrients, the sugar is unlikely to drive them into a mild deficiency, however zinc is a different story. People who eat a diet high in processed carbohydrates, and we are talking about cereals, bread, pasta, pastries, cakes and so on, are also potentially losing zinc through the phytates in these foods made from grains.

Phytates (also phytic acid, for the purposes of this discussion, let’s assume they are the same thing) are a compound found in grains (and legumes) that bind with certain minerals in your gut, and stop you from absorbing them.

So for people who eat a diet high in processed carbs and refined sugar, zinc reserves are taking a double-whammy hit, and estimates suggest that around a quarter of the human race are running something of a mild zinc deficiency. What might that diet look like – breakfast might be cereals (processed grains with added sugar) or toast with high-sugar spreads, such as jam, chocolate spread, or marmalade. Lunch may be white bread or white rolls, dinner may be a bowl of pasta, and snacks may include fizzy drinks and sweet confectionery such as biscuits or chocolate.

See, it’s easily done – a lot of folks are eating this way.

Zinc is further depleted by drinking alcohol, smoking, taking the contraceptive pill, and high stress. It’s easy to see how the diet described above, with a few alcoholic drinks and some stress thrown in, is quite typical of society today.

Following this rather typical modern Western diet, we can see how zinc could become depleted, between the processed grains and the high refined sugar. Among other symptoms, low zinc can cause a loss of taste perception.

I sometimes get frustrated that people think “healthy eating is boring” – what they mean is, the food tastes bland. They mean, eating pizza is much more fun than eating broccoli. I have written many times before on this blog that the problem is not that broccoli is bland, the problem is that most people have had their palate ‘poisoned’ by all the sugar and salt and artificial flavours added to processed food.

If pizza, and burgers and cookie dough ice cream are a part of your daily diet, then by comparison, yes broccoli will taste bland! No shit! Cabbage can hardly compete with the best in take-away pizza!

However, once you drop all processed food from you diet, and cut all sugar and added salt from your food, after a few weeks, your palate revives (very possibly connected to recovering from a mild zinc deficiency) and you can taste real food flavours again! It’s not that vegetables are boring, it’s that most people can’t taste the real flavour of fresh vegetables, because they are “addicted to sugar”, partly as a result of a mild zinc deficiency.

Decreased zinc leads to a lack of taste sensitivity, and as a result, people crave sweeter and sweeter foods to actually get a ‘hit’ of taste from their food. They can’t taste anything that isn’t sweet. Food manufacturers know this and add more sugar to make their food products more desirable. It makes you buy more!

When people tell me they “have a sweet tooth” or that they are “a carb monster” or they are suffering from “carb cravings” then I know that the reality is that they tend to eat too many processed and refined carbohydrates, their diet includes too much refined sugar and they have a “poisoned palate” that cannot taste real food without added sugar and salt.

I also know that typically, such people eat a diet that is low in fresh, nutrient-dense whole foods, and over the long haul, over decades, they will likely go on to suffer from far worse health challenges than a loss of taste perception. The long term effects of a poor diet, low in those nutrient-dense whole foods, may lead to feelings of fatigue, poor ageing, poor skin and hair and deteriorating eyesight, bowel and digestive problems, metabolic syndrome, diminished insulin response, obesity, skin problems, poor immunity, and more.

It’s easy to say that all sugar cravings are down to greediness or boredom (for sure, that is a factor!), but in reality, there can be biological ‘vicious circle’ processes contributing to such feelings as well.

If carb cravings are a regular dietary fight for you, try loading up with some more zinc in your diet, and see if things improve over the coming weeks and months. Zinc is high in oysters, beef, crab, lobster, pork, all shellfish, liver, pumpkin seeds, free range eggs, beans, almonds and chicken.

So go on, add some shellfish to your diet, try snacking on roasted pumpkin seeds, get some eggs in for breakfast, and see if it helps curb those carb cravings.