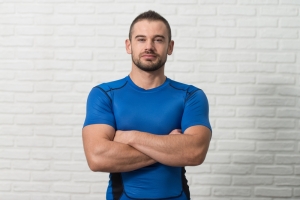 Following the last post, this blog has registered it’s first official reader complaint!
A milestone to be sure!

In the last post I wrote about the ‘eat less, move more’ phrase, and how many health and fitness professionals, people I referred to as ‘the diet deniers’ for a bit of a tease, discard this phrase as being unscientific nonsense that has no place in helping solve our global obesity crisis. If you have not yet read that post, you may like to go and read it now.

In that post, I argue that in fact, eat a little less and move a whole lot more is great advice that probably is highly applicable to at least half or maybe as many as three quarters of all the overweight and obese people in our society that need and want to lose some weight. I went on to say that the saying should be revised to ‘eat less, eat better, and move more’ to meet the needs of as many people as possible.

Steve, a really good friend of mine, read that post, and challenged me on my thoughts. You know who your true friends are; it’s the people who don’t mind openly challenging you in the hopes that one, or both of you, might learn something. True friends can challenge each other without fear of upset or conflict, when you share the common aim of learning, when you both just seek the truth.

My friend Steve is a Personal Trainer, and a damn good one at that. He’s young, just turned 30, and he’s in great shape, he looks the part, lean, muscular, fit and strong and healthy. He’s always been in good shape, since playing sport at school, and he’s a highly qualified PT, constantly taking courses, expanding his knowledge base, always learning. Steve is roughly six foot tall, and he weighs a little over 13 stones (he’s around 186 pounds, or 85 kilos), so he’s pretty muscular, athletic looking I would say, and low enough body fat to have visible abs.

He challenged my thoughts last week and said that he thought I was being overly simplistic, he laughed and said “I’m one of your diet deniers! I think a few people should ‘eat less and move more’, but for most overweight people out there that’s not enough, they need personalised help, help with nutrition, perhaps a low carb diet, a ketogenic diet maybe, or they need help with a personalised training plan, they definitely need more than just ‘eat less, move more’.”

Here’s how the conversation followed –

Karl: Sure, all those things will be a big help to a lot of people, and for sure once someone is ‘on their way’ and the weight is starting to come off, they may need those things to keep making forward progress and to get into really great shape. But for a lot of folks, they just need to get started, they need to stop over eating and get out of their sedentary rut, start moving more.

Karl: Let’s do this experiment together, an experiment in understanding public health. I want you to gain five stones or more for me, five stones of body fat, go on a serious binge for six months, really ease off your training, pig out, especially on carbs and processed foods, and pile on the pounds. [5 stones is 70 pounds, or 32 kilos] I want you to gain 70 pounds over the next six months, then hold on to it for a year. I want you to know what it feels like, what it really feels like. We’ll monitor your health, we’ll record everything, do all the data, measure everything, weight, stats, bloods, the lot. After a year, I’ll help you clean up and lose it all again, and I’ll blog about your journey, we’ll record everything you do, we’ll share it with folks, make an eBook about it. Huge experiment. You in?

Karl: What? Why not man? You know what to do, you’ll get it all off again? It’s easy while you are young, muscle memory and all that, you’ll recover 100%, some minor metabolic damage, some temporary reduction in fitness, but you’ll get over it. Are you just worried about your looks ‘pretty boy’? Ha ha! [Teasing my friend…] Worried your girlfriend might start to fancy me instead mate?!!?

Steve: [Penny starts to drop…] Ahhhh…well, yeah I guess the only way I could put all that weight on, in six months or even over 12 months, would be to stop most of my daily training, stop moving, and eat a shit ton more food, especially loads of carbs, grains, processed foods and sugar. Ummm…bread and cake would do it!

Karl: Yeah man, what would you have to do to gain 70 pounds of fat in a year?

Steve: [Grudgingly…] I’d have to just sit on my butt all day and watch TV and eat like crazy.

Karl: Right. So you mean…

Steve: Well I’d go back to training every day, loads of weight training, some cardio, and I’d get back to eating my normal clean, lean, healthy diet, low carb, high fat and protein, loads of veggies, meat and fish, just like you teach folks, Mother Nature’s Diet. I’d count my calories, count my macros, cut my carbs, train hard, hydrate, sleep well. I’d do all that.

Steve: I hate you, you smug git.

Karl: Thanks Steve-o my man, I love you too brother!

We laughed and we talked about it some more, and I politely said to my lean and perfectly-formed friend – who looks like a cover model without the suntan, and who admits he has ‘good genes’ and has never been overweight in his life – that a lot of the ‘diet deniers’ out there are telling people what they think they should do to lose weight, but these people have never had to lose much excess weight themselves. In all honesty, I am often tempted to say ‘Just what the heck do they really know?’

There is a big difference between teaching what you read in a textbook or learned in a classroom, and teaching something you have done and lived through yourself.

I have been there, I was on that fad diet roller coaster for two decades, and when I finally cracked it, I lost 7 stone 3, that’s 101 pounds or 46 kilos of unwanted body fat. And how did I do it?

Right. I ate less, and I moved a lot more.
I certainly ate better, but mostly I ate less and moved more.

Eat better is definitely a factor, genes, environment and lifestyle are all factors. But for a majority of people, we’ve come to live sedentary lives, surrounded by caloric abundance, and the route to weight loss starts with eating less and moving a lot more.

To your good health!